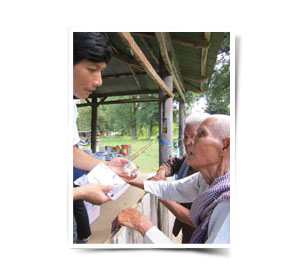 At a mobile clinic in Cambodia: Tiger Balm Ointment was given out by medical volunteers to needy villagers with little access to medical facilities.

Corporate social responsibility is in our DNA

Since the days of our founders, we have believed that one should have compassion for the underprivileged and give back to the community of which one is a part.

In line with our commitment to the communities in regions where we conduct business, we have been helping charitable causes in various parts of the world such as the Tidal Waves Asia Fund in 2004, the Sichuan Earthquake Relief Fund in 2008, the Japan Tohoku Disaster Relief Effort in 2011, and the Philippines Typhoon Haiyan Red Cross Relief Effort in 2013. We have been donating Tiger Balm Ointment to medical missions to Cambodia since 2013. In the United States, Tiger Balm continues to be a sponsor of the Avon Charity Walks for the fifth consecutive year in 2016. The initiative raises funds for breast cancer research, treatment and care. 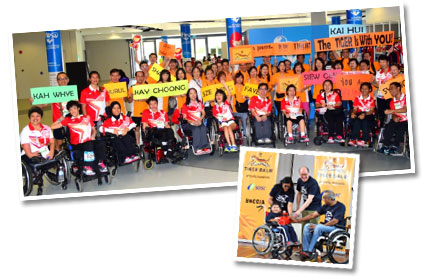 Haw Par staff coming together to cheer on SDSC Boccia athletes at the ASEAN Para Games 2015 in December.

Mr Wee Ee Lim, CEO of Haw Par Group, presenting new sports equipment in May 2015 to a student from the Cerebral Palsy Alliance Singapore for their “Learn to Play Boccia” programme.

In 2010, we celebrated the Year of the Tiger with the “Tiger Balm Record Roar” that raised funds for the Society for the Physically Disabled.

In celebration of Singapore’s 50th Year of Independence in 2015, we remember and salute the resilient spirit of Singapore through our adoption of the Singapore Disability Sports Council (SDSC) as our charity partner. SDSC is the only organisation in Singapore that offers sporting opportunities for persons across all kinds of disabilities. With Haw Par’s sponsorship for Boccia1 sport and the National Disability League, the SDSC athletes were able to ramp up their training for the 8th ASEAN Para Games hosted by Singapore for the first time. Over 70 Haw Par staff turned up in force to cheer the SDSC athletes on with cheer cards at the Games in December 2015.

In 2016, Haw Par continued its support for SDSC for the second year.

1Boccia is a target ball sport played by athletes with cerebral palsy and other locomotor disabilities.
Back to top 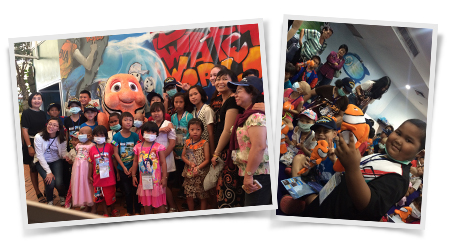 Underwater World Pattaya treated the children from the Wishing Well Foundation to a wondrous underwater journey.

Bringing cheer to the less fortunate

To bring cheer to the less fortunate, Underwater World Pattaya hosted various charities over the years. Children from the Anti-Human Trafficking and Child Abuse Center, Father Ray Foundation, and many others have been touched by their memorable visits to our oceanarium.

In March 2016, Underwater World Pattaya welcomed 28 children from the Wishing Well Foundation and their caregivers to the aquarium. The Foundation fulfils wishes for children with cancer whose hope for cure are limited in addition to providing palliative care support for them. To make the visit memorable, the staff put up a clownfish mascot performance for these special guests, surrounded by sharks, rays and fish.

We will continue our commitment to betterment of lives of people in our community, particularly those in need.

Back to top
Designed by InfiniteSparks